Iona, which means beauty, is a tribute to early pioneer effects for the latter. First settlers came in 1883 to the site approximately five miles northeast of Idaho Falls. The Iona area then was called Sand Creek.

The early settlers and their families left their original homes because there was no longer room to farm, and took up 160-acres homestead tracts at Iona. “All their worldly good consisted of a team and wagon, a cow or two, and what other personal property they could haul in their wagons,” states a section of an early history of the area.

The village’s name was proposed by Apostle John W. Taylor, Salt Lake City, and approved at a mass meeting of residents in the summer of 1886.

On June 17, 1884, Apostle Wilford Woodruff, Heber J. Grant, and President Thomas E. Ricks, visited the saints of Sand Creek and held an open meeting at the ranch of R. W. Norton, and organized a branch of the LDS Church with Cadwallader Owens as presiding elder, and attached it to the Lewisville Ward.

Immediately thereafter, they began building log cabins, plowing small tracts of land, and clearing away the sagebrush, building irrigation ditches and fences-and the country took on somewhat the appearance of prosperity. The same month the Eagle Rock and Willow Creek Canal was surveyed and was so far completed that the water was conveyed on the land for the crop of 1886. And so this is the beginning of what we know as the City of Iona.

Click Here to read the 2019 State of the City Address, delivered by Mayor Gubler at the City Council Meeting held Tuesday, January 21st, 2020. 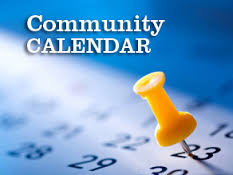 Want to know whats going on or make a reservation? Check out the new Community Calendar!

In our efforts to provide more reliable communications with the residents of Iona, we have implemented Swiftreach Networks, Inc. as our Emergency Notification service provider. If you are not receiving these notifications please click on the image to register. You may also remove yourself from our lists.